Don’t paint on the walls?

Don’t paint on the walls?

When we were little we were often told “children, don’t paint on the walls!”.

But thanks to street art or urban art we have discovered that actually, not only that they can be painted but that they can become amazing artworks. It is true though that there are different opinions about how to use public spaces and that there are some problems related with it: invasion of private property, illegalities, vandalism … but there are new projects that allow these street artists to express themselves properly.

One of these projects is the recently inaugurated “Bostik Murals”, the city’s first urban art museum.

It is a project that takes place in different spaces of an industrial warehouse in the Sagrera’s neighborhood, the Bostik Warehouse, which has been recovered and transformed into a creation and cultural diffusion’s centre.

We, Kids & Cat, are very happy to see, that the city is filling up with projects like these,  because we knew that we wanted to include some experience that could approach street art to people, families and children. Our goal is to collaborate by offering an activity that can help children grow up respecting public spaces, appreciating different artistic expressions and broading their mind’s. Therefore we stand side by side with projects that support street art. 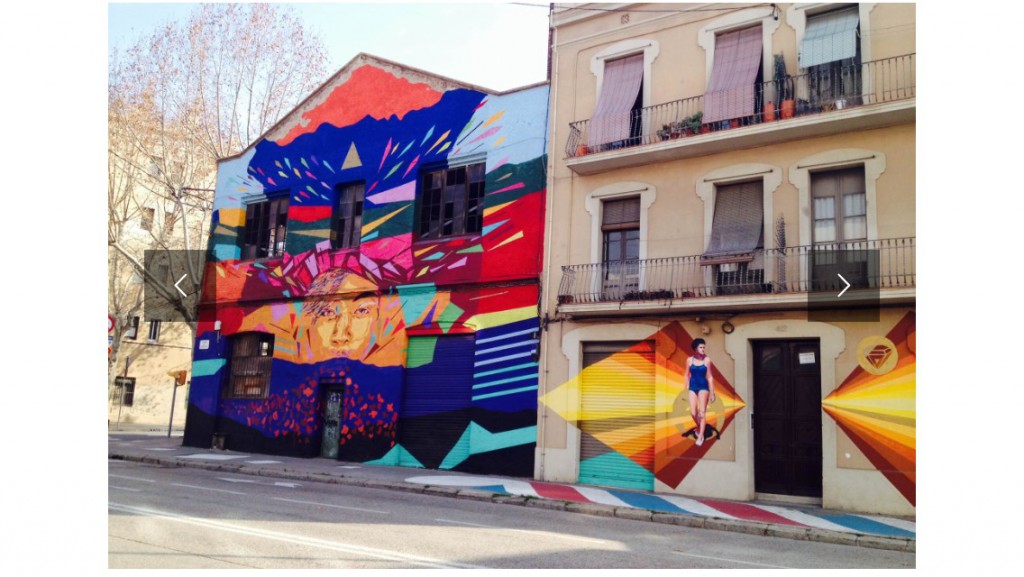 And this goal has led us to participate in two very special initiatives: the first one is the collaboration between Kids&Cat and Rebobinart, driven by common interest in street art , and the second one is our participation, this July, in the ÚS Festival Barcelona.

When we decided to create an experience related to street art, we started looking at the internet for different projects working the street art in this sense, and we were immediately touched by the idea, the proposal and Rebobinart’s work. We decided just to call them. On the other side of the line someone replied, who seemed to us like an old friend, as if we had known him for a long time. This was Marc Garcia. He was so charming! And he was very interested in working out someting special together and to add value to the project!

We explained our idea of including a tour & workshop to provide children and families a new approach to this artistic sensibility,  and the aim of finding a synergy with them. A few days after that chat we were already having a coffee in his office in Horta-Guinardó’s district, with his dog Wallace (reincarnation of one of ‘Braveheart’’s warriors) biting our shoelaces … This was in February 2016, a year and a half ago (and by the way, Wallace became HUGE!). 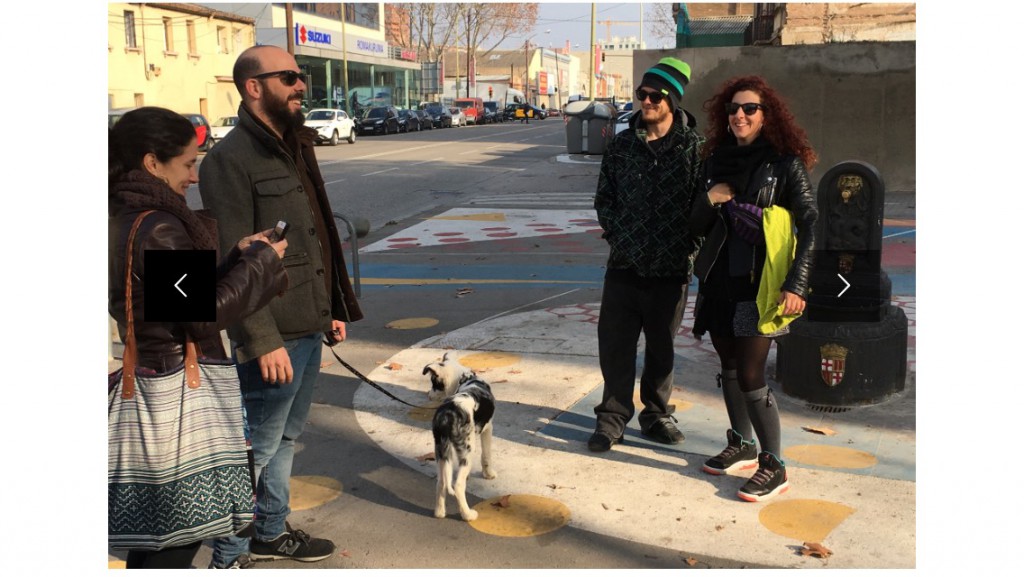 We were fascinated listening how Marc explained that he had started this project to help his jounger brother, who then painted trains illegally, and how he wanted to start an initiative to support street artists so they could have legal spaces to paint.

And now, years later, his brother no longer paints trains or has anything to do with the world of graffiti’s, but he keeps on working hard to help other artists in this discipline to be able to work in a recognized space. 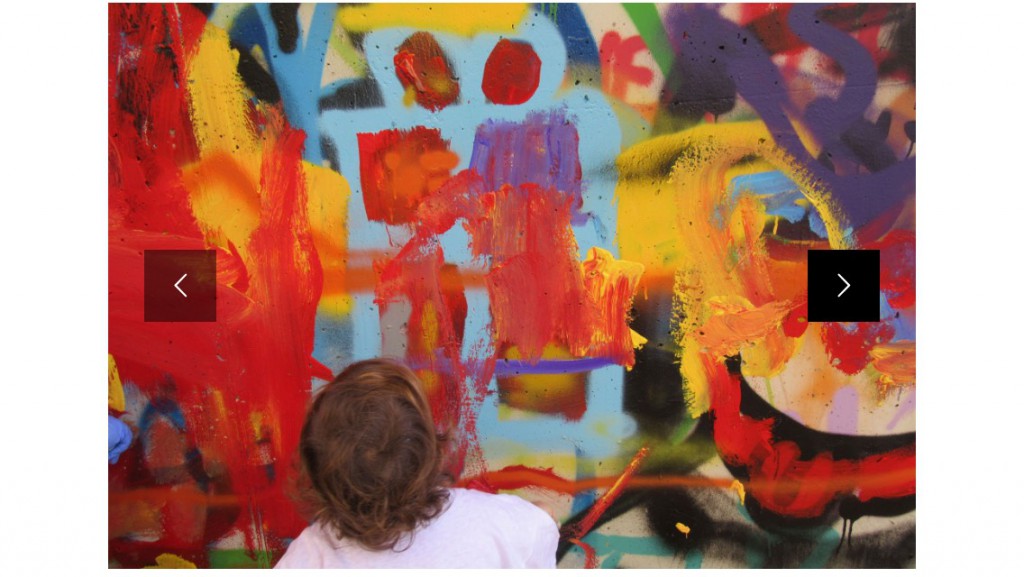 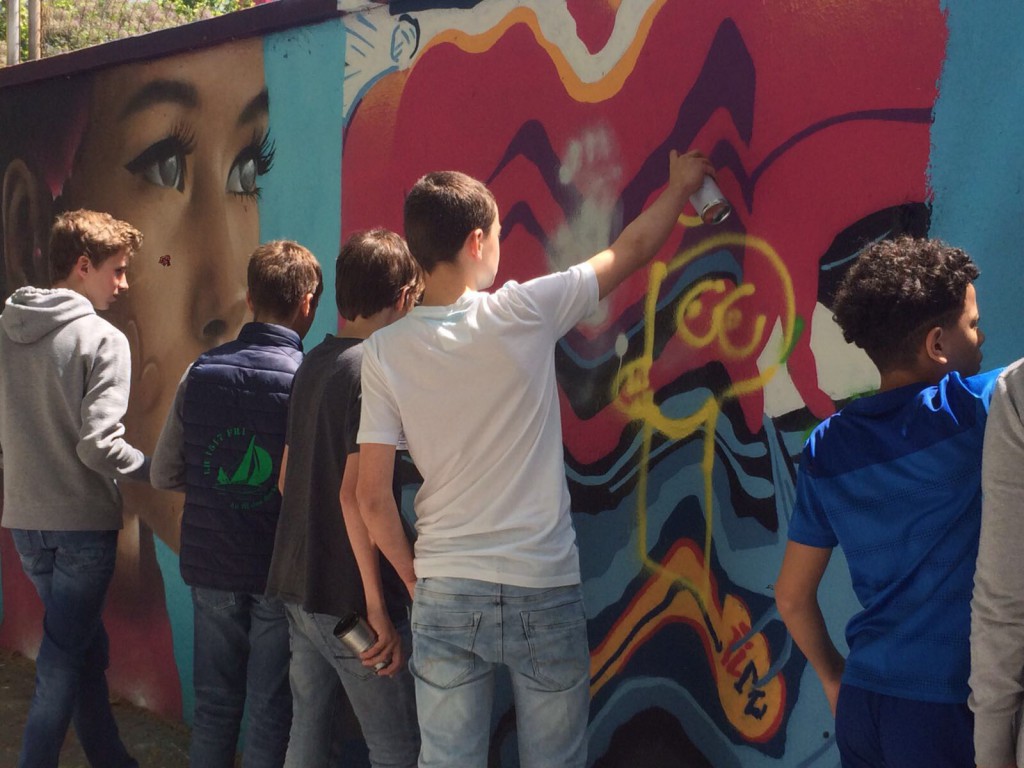 Thanks to this connection with Rebobinart, from Kids&Cat we offer the experience “Street art, urban art as a social project”, which includes a tour through the streets of Poblenou’s district, explaining beautiful projects such as “Stick up for your city”  or “Free Walls” , and ends up with a workshop in one of these free walls where anyone can book a space to paint. You can see an example of the tour in this video:

And our second project related to street art will take place on Saturday, 15th of July, on the 4th edition of the ÚS Barcelona Festival.

This is a festival that wants to rescue the value of the use of spaces of the city that, due to urban changes, usually lose their social function. There will be many tours, workshops and conferences trying to approach these new artistic trends to the people. Kids&Cat will be there offering a free tour at 11 am, and you can also find many nice projects for children in the festival, such as the Space ÚS Kids.

Finally, we leave a sentence of the great Pablo Picasso:

“Every child is an artist, the problem is to carry on being it when we grow up.”