Tuesday, June 20th, at 1 o`clock in the afternoon. One of those days of maximum heat. Café Virreina, on the square that bears the same name, in the middle of Gràcia’s neighbourhood. There’s a bit of wind and that’s nice.

I’m waiting for Josep Martínez, a photographer from Andorra, who is living in Barcelona for 15 years now. He came because of his job, and when he was offered to move again, he decided to quit and stay in Barcelona for good. He got trapped by the city and by an animal’s emblem that fascinated him and that has actually lots to do with Barcelona: the DRAGON.

He arrives on time to the terrace, but we have to look for each other for a while.  We have only met once, about two months ago, by chance. We were in the middle of a school route doing the activity “Barcelona, ​​city of dragons” and Dermot Arrigan, one of our guides, was explaining to the children the origin of the cockatrice and its difference between it and the basilisk. I was listening to him next to the group of students and the two accompanying teachers, when I suddenly saw somebody joining the group and saying something about this animal. Dermot looked at me, and I suggested to this stranger to take a step aside, so we would be able to chat quietly. He told me that his name was Josep Martínez, the author of the book “Drakcelona, ​​Ciudad de dragones”, the book our Kids&Cat’s dragon tour is based on.

What a coincidence, we couldn’t believe it! It was close to Saint George’s day, and he had just come to El Born neighborhood to attend a literary act, related to his book, and he was surprised to see a group of people listening to stories about dragons in the old town… 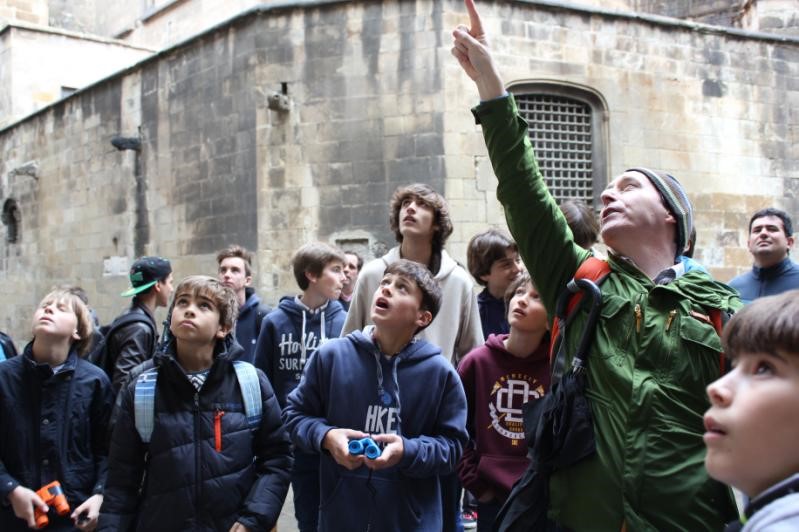 We agreed that we wanted to meet for a coffee someday to talk about dragons, Barcelona and other vital projects! And here we are … Having a green tea and a beer (we won’t say who was drinking what ;·) and he tells me that this book is full of strange stories about special people’s meetings, coincidences and beautiful vital connections.

And I answer that the subject fascinates me, of course! 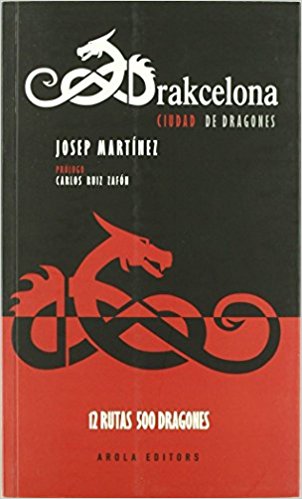 In fact, apart from becoming a dragon hunter and writing this book with 12 itineraries, including more than 500 dragons, Josep also wrote another book, collecting all these coincidences that are actually not so casual ‘… he says he’ll give me one.

Then he tells me one of these anecdotes, titled “Carlos” and refering to Carlos Ruiz Zafón, the Spanish writer.
He would have liked him to write the prologue of the book, but he did not know him at all … He
tried to contact him several times by email, but never got any answer … his editor already told him “forget about it, and look for an alternative, because that is gonna be very difficult”, but he still believed to have an option… a few days before closing the edition, he received an email from Zafón himself, sending him the text of the prologue, just asking to send him a copy of the book in exchange.

He couldn’t  believe it! Isn’t that amazing?! He said, there’s plenty of these kind of stories in this book, and that now Kids&Cat is also part of this “Anecdotary” of dragons, something we really like! We’ll keep on connecting and looking for this synergy that Barcelona’s dragons are offering us and we’ll find a way of collaborating in some nice projects, for sure! We couldn’t say goodbye before looking for some of the small dragons in Carrer de l’Or and take a pictire of us with them together….you hardly can see them, but they are above our heads, on the building, in the last picture!! 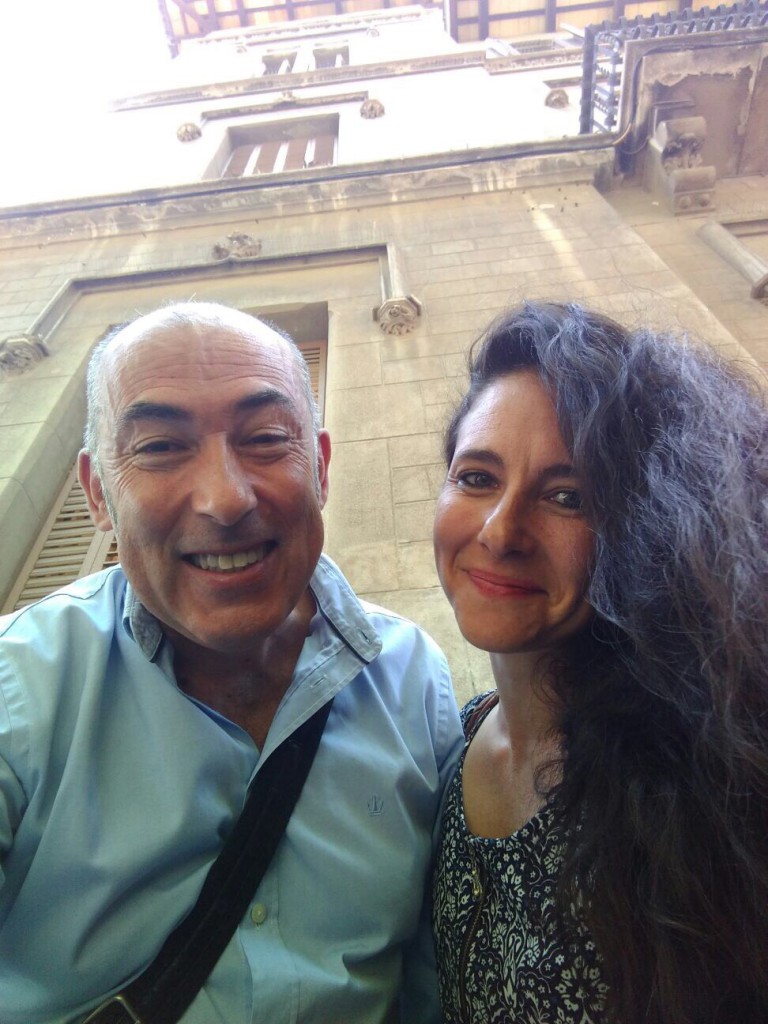 It was a pleasure to meet you, Josep!!!